If you had enough of the superhero films that are too mature for children and the cartoons that bore you to tears, we found a slew of Christian films coming out in 2019 that are age – appropriate for all. They all look inspiring and miraculous (in some cases), and can be found soon in Crossflix, which streams free Christian movies:-

In this , Stephen Baldwin stars, telling the true story of a missionary name Graham Staines who went to India in 1999 and died while teaching a group of children with leprosy. It will no doubt be one of the best Christian movies.

Peter does not believe in God because of the death of his father when he was a young boy. Fast – forward a couple of years, and he’s a struggling actor who just can’t catch a break, until a meeting with the divine rocks his whole world.

You definitely want to check out Run the Race, about two brothers, who are football players, who are desperate to get out of their small town, if you’re in sports movies. An injury puts them back, but they are guided by their faith and resilience.

The film is a pretty literal representation of Christ’s Temptation, a.k.a. when Jesus fasted after being baptized for forty days and forty nights and refused Satan’s temptations. For your information, relative newcomer ShayanArdalan is playing Jesus.

Learn about the first Christian monarch of Hawaii, ChiefessKapiolani, in this amazing portrayal of how she descended an active volcano to show her faith to her people and share her message.

Breakthrough tells the true story of a young man who fell on a frozen pond through thin ice and spent fifteen minutes under water. Doctors didn’t think he was going to do it, but get it — he was revived just as his mother started praying in the emergency room.

The Other Side of Heaven 2 continues the story of missionary John H. Groberg, who returned to Tonga in the 1960s when his sixth child was born with a disease and shaken his faith. He and his family are praying for a miracle together with the local community.

Bible Bees features, as you probably guessed, a bunch of adorable bees telling each other stories from the Bible — a super easy and fun way for little kids to absorb lessons from scripture. For the families, it’s 100% a must-watch.

After her mother leaves the family and “takes God with her,” a troubled teen named Alaska faces an internal crisis. Alaska ends up being arrested and saddled with 100 hours of community service — but she finds herself and God in the process.

Heavens to Betsy 2 follows Betsy Simon after she becomes a best seller of her book (a.k.a. Heavens to Betsy) and has to navigate the media scrutiny that comes with it. Let’s just say that fame and faith are not necessarily a heavenly match.

Let Go and Let God follow two people from vastly different worlds whose lives are rocked by their family’s sudden deaths. As a result, they question God, but find their faith on an unexpected path.

It’s the romance Christian film you never knew you needed! A woman who begins to lose her faith while caring for her ailing father is following the Wake of Light, but things change when a beautiful stranger comes along.

This film is about the daughter of a bishop who decides to go to a secular university and as a result begins to lose her faith. She ends up reinvigorating her relationship with God as He helps her work in her personal life through unexpected tragedy.

Christian films don’t always have to be very serious, and The Follower is a great example — with Christ at their heart! Not much of the plot is known, but we never say no to laughs.

This emotional film is about a veteran named Travis returning home after the death of most of his peloton. Travis accepts his friends ‘ death and his parents ‘ death as he rediscovers his faith in God and deals with PTSD. 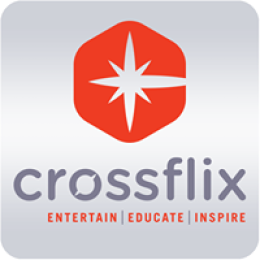 It's hard to find educated people about this topic, however, you seem like you know...