On January 30th, 2019 the Philippine Charity Sweepskates Office (PCSO) announced it would be raising the consolation price for lotto from P20 to P24. Under the new rule, people who correctly guess three out of the six lottery numbers will be presented with the consolation prize.

The gaming wing of PCSO divulged that the PCSO board approved the distribution of consolation prize after once abolishing it in the past to boost the sales of lotto lotteries beyond the P31.9 billion mark that the sector generated in 2018.

PCSO assistant general manager, Arnel Casas stated that the gaming industry was always on the lookout for ways to get the additional P4 to return to players. He revealed that the organisation had continuously received requests from bettors for returning, adding, or increasing the consolation prize to P24.

The price of Lotto tickets had to be increased from P20 to P24, post the implementation of the Tax Reform for Acceleration and Inclusion (Train) Law under which lottery tickets were subjected to higher stamp duties.

The Philippine Lotto industry generated a revenue of P63.55 billion in 2018 and Casas admitted that passing the mammoth mark would be difficult in 2019. Further, he revealed that the gaming sector is planning to release mobile applications and other internet services to reach out to an extended consumer base who despise queuing up outside lotto outlets.

Casas stated that the Lotto 6/58 prize reaching 1 billion triggered a huge turnout for lottery tickets and people who did not believe in the game lined up outside outlets to grab their tickets. Casas suggested an easier and convenient way to allow players to place their bets can substantially increase their revenues.

They divulged that the PCSO will become a major contributor to the government’s Universal Healthcare Program and urged people to continue supporting the charity by buying their products.

Lottoland, the organisers of similar lotteries around the world are global leaders that offer consumers the convenience to invest their money in online lotteries. The company headquartered in Gibraltar offers its services in the USA, Canada, Australia, the UK, Germany, Italy, and Ireland. The company is looking to provide the required platform for launching betting games online in the Philippines. Currently, Lottoland is working towards expanding its network in Asia and will soon launch its services in India. 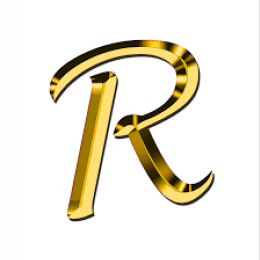 Roopa Kashyap News Reporter
I am Roopa Kashyap, a professional writer & blogger. I have an experience of more than 5 years. I always look for new things in writing and content curation and also worked for many websites.

9 Comments
https://nori01.com/ - Cycling and Health: Cycling and Type 2 Diabetes – is there any evidence?

Pretty nice post. I just stumbled upon your weblog and wanted to say that I've...

best barber near me - Cycling and Health: Cycling and Type 2 Diabetes – is there any evidence?

This is the right website for everyone who really wants to find out about this...

bollywood songs - Cycling and Health: Cycling and Type 2 Diabetes – is there any evidence?

Oh my goodness! Awesome article dude! Thank you, However I am experiencing troubles with your...