Rajasthan is one of the largest states of India and there are a lot of places and fabulous monuments and forts to visit there. This state was previously named as Rajputana and the meaning of it is ‘the land of kings’. This state also has the largest desert in India which is named as the Thar Desert and this desert actually runs parallel to the Indus- Sutlej river valley.

When one decides to visit Rajasthan there are plenty of places to visit there and if one is an ardent tourist then one cannot complete visiting all the amazing places in the state at one go. But here are a few places that one needs to include in the list if they are visiting the state for the first time.

The largest city if Rajasthan and the capital of the state as well; this city is also famously known as the ‘pink city’. It was formed in the year 1727 by King SawaiJaising II. At the beginning most of the buildings in the city were pink in colour (though now it has changed a lot) and the entire city was planned according to the Vedic VastuShastra. This place is a top tourist attraction because one can get to see the forts with detailed architecture here. When in Jaipur, one needs to visit places like City Palace, Jaigarh Fort, HawaMahal, Nahargarh Fort, Birla Temple, JantarMantar and many more. This city is very colourful and one can also pick some mementos from the market places and the vendors.

This city is popularly known as the city of lakes. Not only that, it is also noted to be the Venice of the east. This city was founded by the Rajputs of Mewar who wanted to shift their capital from Chittorgarh to another place which is more secured. Udaipur is located at the foothills of Aravalli Mountains and when one is here, they need to visit places like Royal Vintage Car Museum, Lake Pichola, Jagdish Temple, MotiMagri and Lake Garden Palace.

Popularly known as the Golden City this city lies just at the heart of the very famous Thar Desert. This place is full of golden sands and there is a fort which borders the city and is made from this golden coloured sand stones. The major places that one can visit here are Heritage Museum, Sam Sand Dunes, BadaBagh, Gadisar Lake and some more.

This is said to be the second largest city of the state. It was founded in the year 1459 by RaoJodha Singh and it is also known as the Sun City. It is said that this city lies closest to the India- Pakistan border (which is just 250 kilometres away) in this state.

This place is very popular for its sweets and snacks. If one is a foodie and wants to try some authentic Rajasthani food items then this is the perfect place to visit.

One can book train tickets and reach these places, and for food on train, one can order online as well. 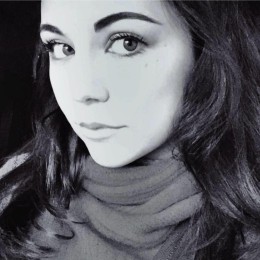 9 Comments
Marko Bridgeford - Cycling and Health: Cycling and Type 2 Diabetes – is there any evidence?

Nickolas To Rot - Cycling and Health: Cycling and Type 2 Diabetes – is there any evidence?

Undeniably believe that which you said. Your favorite justification seemed to be on the web...

Collette Huang - Cycling and Health: Cycling and Type 2 Diabetes – is there any evidence?

I every time spent my half an hour to read this website's posts all the...

What i don't realize is in truth how you're not really much more neatly-favored than...

instagram takipçi satın al - Cycling and Health: Cycling and Type 2 Diabetes – is there any evidence?

I used to be able to find good info from your content.