React Native is a pathbreaking framework and doing awesome. As we already know, there are several multi-platform solutions such as Cordova and PhoneGap, but they are available with a price, i.e. of relying only on the browser and its built-in Javascript engine that is slower than running native code such like React Native does. Here questions pop-up that what makes React Native so unique? Why hiring remote react native developer is an excellent choice for a new mobile project?

According to many reports, companies like Bloomberg, Walmart, Airbnb and other world’s top companies of Silicon Valley and in the world are using React Native as a whole or in some way to take its advantages. The framework brings react native framework in the development environment. The innovative framework allows writing real, natively rendering mobile applications for iOS, Android and Windows platform.

Once code is written in React Native, 95% codebase among can be used in both iOS and Android app development
As the framework is based on javascript, it does not require knowledge sharing as a single team implements every feature

It’s not just Android and iOS that share codes with each other, business logic can also be shared with web application

C) No Need of Approval For App-store:

When you develop a mobile app using react native, it does not require to be published on app stores. With react native, it is possible to host the bundle of code on your own server and do over-the-air-updates.

Platform-specific UI can be designed in facebooks’ react native platform

Same automation suite compatible to both Android and iOS

According to a report of Stack Overflow Developer Survey 2017, Javascript is the most popular and commonly used programming language in the world in the fifth year in a row. In the survey, 36,625 participants were only from the USA.

If you are thinking about developing your first mobile app or looking to update your mobile app, kick start the development project through using React Native framework. You can hire a dedicated resource from a reliable mobile app development company. 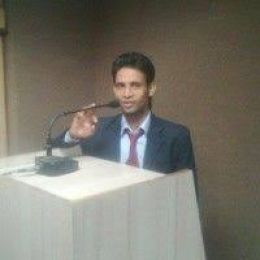 10 thoughts on “Benefits Of React Native in Mobile Application Development”